Adventures of a Rookie Roadie 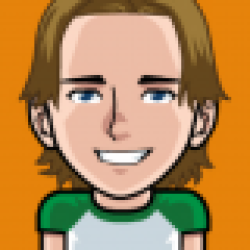 I'm a thirty something software engineer, husband, and father who's recently become enamored with cycling. Currently recovering from being hit by a car while out on a ride.

If you want to follow my recovery and return to cycling please consider subscribing, Thanks!

3 Lessons learned while surviving on a liquid diet

So how exactly do you survive when 100% of your nutrition is delivered by a straw? Milk, so, much, milk. Here's a breakdown of the top 3 things I've consumed during the last 3 weeks of having my jaw wired shut.

Having your jaw wired shut kinda sucks. I never knew exactly how it was done. I always assumed it was like having braces put on, but instead of "wiring" things horizontally it was done vertically. Turns out they use screws and fasten them straight into your jawbone. It's pretty gnarly.

I'm a nerd and an athlete. My motto is, "Measure that which can be improved". This simple statement has a couple of interesting nuances.

So when it comes to diet during a recovery from an accident like mine, nutrition is pretty damn important. According to Rule 1, I better measure it. Here's what I've found out after 3 weeks of being wired shut.

Top 3 Foods for a liquid diet

Let's do some math here, when I was discharged from the hospital I weighed 166 pounds, over the last 4 weeks my weight hasn't deviated by more than 2 pounds, and today I'm the exact same 166. So I'm burning every calorie I take in right now (although not from exercise, #sadFace)

Let's assume my basal metabolic rate is 1750 (2 calculators on the internet told me this, and I'm not one to question information from the internet), and let's say I'm not burning more than 250 a day from the tiny amount of walking around I do, that's an even 2000 calorie burn rate per day. In the last 3 weeks I've consumed on average 2467 calories a day (about 150g of protein!). This might mean that healing broken bones and road rash takes about 400-500 calories a day. Totally a back of the envelope calculation, but I'd be interested to hear if any doctors might know if that's in the right ballpark.

I've learned three things by having my jaw wired shut.

I'm a thirty something software engineer, husband, and father who's recently become enamored with cycling. Currently recovering from being hit by a car while out on a ride.